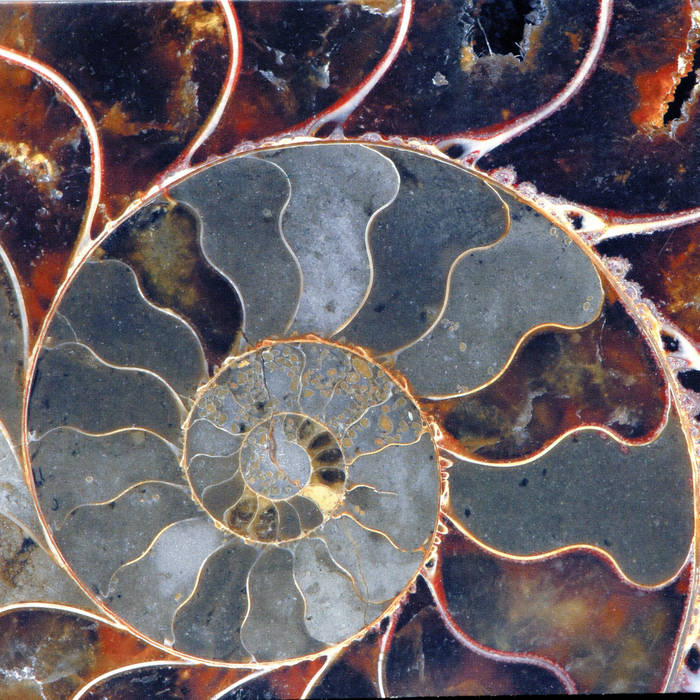 Frail and haunting, beautiful and dreamy, Gayle Ellett and Todd Montgomery's acoustic music has a sound that is both traditional and contemporary. Highly cinematic and with a strong pan-cultural vibe, they have created a new hybrid style that is uniquely their own. And it is these qualities that make the instrumental music of Fernwood the perfect antidote for the stresses of our modern life.

Following on the heels of their widely heralded debut release Almeria, Ferwood's second album Sangita is a 12-track offering that greatly expands upon their previous work.

The name "Sangita" is a vague reference to the Sangita-Ratnakarna, an 800 year old book by music theorist Sharngadeva. This massive tome (which translates into "Ocean Of Music") covers the many varied styles of music performed in India, and also detailed descriptions of the wide range of instruments they played. And although the acoustic music on Fernwood's Sangita is not overly influenced by Indian music, it is in fact a melding of many ethnic and modern styles, and utilizes a large collection of exotic instruments and sounds in their search for beautiful music.

SOUND ON SOUND Magazine said "Fernwood conjure up an image of a Sitar-toting Chinese cowboy wandering through the Appalachian mountains, sailing the seven seas, and fighting dragons. The music isn’t as confused as my imagination, but it is evocative, and much more cinematic than most World music out there.”


FERNWOOD's MUSIC on TV:
Their music can be heard on such TV series as "Strange Sex" and "Equitrekking" among others. Fernwood's haunting melodies added a special vibe to the CNN International TV commercials for CNN's "A Stand In The Sinai" documentary. They can also be heard on The Discovery Channel, The Learning Channel, Oprah's OWN, and on additional networks throughout Europe, Canada, and South America.

Digitally recorded in Malibu and Topanga.


Here are some "Bullet Point Reviews" ... the full reviews are on the following pages.

"Sangita is most rewarding and truly brilliant, a genuine masterpiece."
MUSIC STREET JOURNAL

"Fernwood creates a global chamber music with Americana accents and cinematically inclined melodies."
"Almeria" was chosen as the "Number 4 ALBUM OF THE YEAR"!!!
ECHOES RADIO

"One of those rare albums that probably will remain with you for a lifetime of appreciation."
PSYCHEVANHETFOLK.com (Belgium)

"On their debut Almeria, they established the template for a global Americana music, mixing banjo and bouzouki, sitar and mandolin into a soundscape that's as sweet as a country fiddle tune and as beguiling as a raga, creating a gentle, slightly surreal sound like a music box with Indian tines being cranked in the Ozarks."
John Diliberto of ECHOES RADIO

"Fernwood conjure up an image of a Sitar-toting Chinese cowboy wandering through the Appalachian mountains, sailing the seven seas, and fighting dragons....much more cinematic than most world music out there."
SOUND ON SOUND Magazine (United Kingdom)

"Writing, arranging and performances are of the highest order...
Highly Recommended"
RECORDING MAGAZINE

"Gayle Ellet and Todd Montgomery, are obviously extremely talented, but use their talents at the service of the compositions, rather than showing off their chops."
AMOEBA MUSIC (Music We Like)

"Each piece has a cinematic feel but is complete in itself, the sounds all slot satisfyingly into place, and the album makes a cohesive, diverse and very rewarding listen."
fROOTS (Folk Roots) Magazine (Ireland)

"As a listener I was kept enthralled, as each track opened new possibilities. An enchanting, beautiful and captivating aural pleasure."
Conclusion: 9 out of 10
DUTCH PROGRESSIVE ROCK PAGES (Holland)

"Almeria is a breath of fresh air and is a welcome alternative to today's electronic and synth dominated music."
EXPOSE' Magazine

"Theirs is the kind of music one can sail away on. It swirls and flows in unexpected and delightful harmonies"
SACRED SOUND

"Progressive" in the purest sense of the term."
SEA OF TRANQUILITY

"It's cowboy, it's jazz, it's Oriental. Absolutely enchanting, a brilliant mix of interesting textures and layers of exotic acoustic timbers. A tantalizing taste of otherworldly aural delight."
JAZZMANDO.COM

"The music is melodic, carefully arranged, always holds your attention and is at all times accessible; wholeheartedly recommended."
PSYCHEDELIC CENTRAL

"These compositions are remarkably bewitching, whether the song is expressing cerebral introspection or frivolous exuberance. An agility is found here, not just in the performance but in the melodies, communicating a joyous celebration of life with brisk effervescence."
SONIC CURIOSITY

"Fans of prog, folk, roots, world and jazz music should discover plenty to enjoy here, as each song provides its own distinct sound. 5 out of 5 Stars"
SEA OF TRANQUILITY

"As an acoustic instrumental album, its concentration on melody rather than technique, rhythm, musical cliches or conformity, makes it one of the most different, satisfying and gorgeous albums of its kind around today."
DEAD EARNEST (Scotland)

"The technical expertise required to play all of these instruments as well as the musical vision to combine everything in such a wonderful manner is quite breathtaking... the results are rather beautiful."
DUTCH PROGRESSIVE ROCK PAGES (Holland)

"The structure of the individual compositions is as complex as anything conventionally labelled as "progressive"....Sangita is a beautiful slice of eclectic, wide-ranging music, a finely-crafted album, born of the staunch dedication of Ellett and Montgomery to their art."
PROGRESSOR (Uzbekistan)

All music composed, performed, arranged and produced by Todd Montgomery and Gayle Ellett.

Formed in 2006 by Montgomery and Ellett, Fernwood create contemporary acoustic music that is beautiful and elegant, with a strong cinematic and pan-cultural feel. By combining elements of pastoral acoustic music, with the sounds of Traditional American, Irish, Eastern European, Asian, and Middle Eastern music, and a laid-back Southern California vibe, the music of Fernwood is quite special. ... more

Bandcamp Daily  your guide to the world of Bandcamp

Featured sounds from Fly Lo and Ahmed Idris, plus Mother Nature hops on to drop off new project